Required cookies are essential to let you move around the website and use its features, such as accessing secure areas, shopping baskets and online billing. These cookies allow our website to provide services at your request.

Functionality cookies are used to remember the choices you make, e.g. your user name, log in details and language preferences. They also remember any customisations you make to the website to give you enhanced, more personal features.

Targeting cookies collect information about your browsing habits to deliver adverts which are more relevant to you and your interests. They also measure the effectiveness of advertising campaigns.

This site uses cookies and related technologies for site operation, analytics and third party advertising purposes as described in our Privacy and Data Processing Policy. You may choose to consent to our use of these technologies, or further manage your preferences. To opt-out of sharing with third parties information related to these technologies, select "Manage Settings" or submit a Do Not Sell My Personal Information request.

VOLVO POLESTAR.
NOW AVAILABLE AT MARSHALL FOR JUST £695 ACROSS ALL DERIVATIVES.

If there is one thing we know at Polestar, it’s that there’s always room for improvement. In our Polestar optimisation program we focus on different key areas that will enhance your personal driving experience, taking it to a new level of control and excitement.

This is how it works

A Polestar Engineered Optimisation is not limited to the engine - the whole powertrain is enhanced. We focus on several crucial performance areas of the cars, giving you a more precise and balanced driving experience. 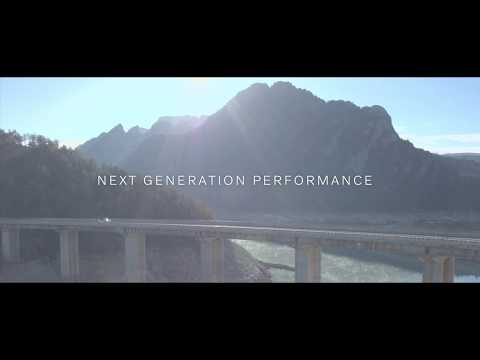 Your Volvo was created to make you feel connected, secure and comfortable. And now you can experience the excitement of enhanced performance. Our Polestar Optimisation software upgrade will bring heightened engine power, faster, more precise gear capability and fine-tuned throttle response

Throttle response has been calibrated to respond more quickly to driver commands - something that gives higher precision and better feel.

The automatic gearbox changes gears more quickly to both improve acceleration and to better respond to the driver's commands, e.g. downshifts before overtaking.

The gears have also been calibrated to exploit the engine's improved midrange performance. The gearbox also avoids changes when cornering at high g-forces (where possible) for better stability

The engine and gearbox have been calibrated to respond more quickly when the driver releases the accelerator. This makes the car more balanced and predictable when cornering for example.

We have concentrated the power where it is needed most - in the midrange; perfect for overtaking or when on a busy motorway. Combined with faster throttle response and gear changes this makes the car significantly more dynamic to drive.

This feature is included in all new optimisations for AWD vehicles. The feature can retrospectively be added to vehicles which currently have the optimisation via the Service Promise, Total Upgrade or Volvo Selekt Software. The upgrade increases torque distribution to the rear wheels of Volvo cars equipped with all-wheel drive (AWD), for more dynamic driving.

The Polestar Optimisation software for the D5 (68) engine offers an exciting enhancement. Polestar have introduced an “Over boost” function that provides an additional +20nm Torque and +15hp power for up to 20 seconds once the peak power of the engine has been reached. This additional power and torque is over and above the already increased output figures that the Optimisation provides so you get an impressive boost when you need it most. The standard D5 (68) engine produces 235hp and 480nm torque. When this engine is Optimised and is in Over boost mode, the figures are increased to 255hp and 520nm torque.

Our optimisations are installed – in about an hour – by authorized Marshall Volvo Dealerships. Your original warranty and service intervals are unaffected, as are fuel consumption and emission levels (g/km)

Check if your car is ready to be optimised by contacting us today.

Marshall Motor Group Limited is a credit-broker not a lender.

Marshall Motor Group Limited is authorised and regulated by the Financial Conduct Authority. Our Firm Reference Number is 310503. Details of our permissions and trading names can be checked via the FCA register https://www.fca.org.uk/

We may receive a commission or other financial benefit from our lenders for arranging finance for you. For further information on our commission arrangements please see our Finance Commission Disclosure Statement

ITC Compliance and/or the above Appointed Representatives do not charge fees for their consumer credit services. A payment or other financial benefit (the “payment”) may be made by the lender to us should you decide to enter into an agreement with them. The payment made by the lender to us does not impact the finance rate offered to you. All finance applications are subject to status, terms and conditions apply. You must be a UK resident and over 18.

More about our credit-broking services & our insurance distribution activities