​Welcome to the future: Now

Newly built and opened to the public in August 2017 the state-of-the-art Marshall Exeter Audi centre is a £5.5 million facility which boasts a 15-car showroom, 15-bay workshop with a dedicated service lane drive-in for customers to drop off their vehicle for a service.

Visitors to Exeter Audi are treated to a state-of-the-art showroom experience and able to benefit from: 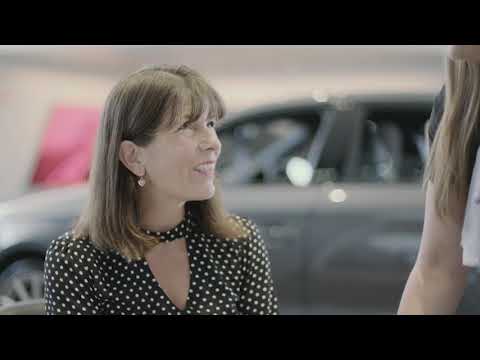 My name is Rob Scott, I have been the Head of Business for Exeter Audi since January 2018.

My career in the Motor trade started as a Service and Sales advisor for Mercedes Benz in the late nineties. Since then I have worked up through various sales and management roles. In 2002 I moved to Volkswagen in North London and then to Volkswagen Exeter in 2006.

My next brand move came in 2012 when I became the Head of Business for Taunton Audi, part of Marshall Motor Group. I spent five very happy and successful years in Taunton working alongside a fantastic team.

In December last year John, my predecessor, retired. Our employer, Marshall Motor Group, asked me to take control of this, our newly opened Flagship Centre in Exeter.

Most new centres, especially ones like Exeter which saw a big increase in size, struggle to come to terms with their new surroundings. Exeter Audi and its staff were no different.

My philosophy on running a motor dealership is simple; Understand our customers, recruit the best staff we can, then support, train and encourage them to deliver the very best service our customers deserve.

I’m happy to report that this process is well underway. We hope our customers, new and old, are beginning to witness these improvements.

Moving to Exeter Audi also had the added bonus of bringing me closer to home. I live in Teignmouth and am married with two children. We moved to Devon from London in 2006 and immediately felt at home in the South West.

My final comment to all of our customers is to say thank you for your continued support and we hope to welcome you at our new facilities on Marsh Barton very soon.

Hi, I’m Robert Donald and I look after all Aftersales at Exeter Audi.I’ve been in the motor trade for the last 38 years, with all of that time spent within the Volkswagen Group. For the last 15 years I’ve been an Aftersales Manager. I love the challenge of being part of a hard working team and delivering excellent customer service at every opportunity. I recently embarked on an exciting new chapter of my career by moving to Exeter Audi and joining a great team, who are all committed to making the centre one of the best Audi dealerships in the country.

I have 4 grown up children. 2 set of twins who have now all finished university and I have lived with my partner Stella for the last 10 years. In my spare time I am an avid football fan and watch Formula One whenever the opportunity arises.

​Hi, I am James Fackrell and I am the General Sales Manager at Exeter Audi.

I have been with Marshall Motor Group for almost 3 years now and have worked with Audi for 12 years.

I started with Audi when I was 21 and have worked my way up the ladder from Sales Executive, Transaction Manager, Business Manager, Sales Manager and now General Sales Manager.

I love working for Audi as it’s such an exciting brand to work for with constant innovation and new models being released every year.

When I am not in work I like to spend time with my family. I have two young children and a fiancé of 6 years who I met in Australia. Our fun filled days are spent swimming, riding bikes and at the park.

Hi, I am Catherine Petherick and I am the Local Business Development Manager for Exeter Audi looking after all corporate company car owners from small local businesses to national fleet. I’ve been here for over 8 years and I’m extremely passionate about my job.

I have over 23 years in the motor industry and I care about my customers and listen to their needs. I will then go the extra mile to ensure it is both an easy and a pleasurable experience when purchasing business cars.

As a fully accredited Audi Local Business Development Manager I have all the necessary depth of knowledge to help with all areas of Audi Business Car Funding Options plus Tax and VAT implications for your business.

In my spare time I am a keen gardener and relax by swimming or going to the theatre and I truly love travelling abroad and enjoying the local cuisines and cultures.

The newly refined A1 Hatchback may have had its image tweaked to keep its looks fresh and dynamic in a competitive market, but rest assured the changes have only helped to polish an already hugely desirable car. Still sleek and chic, the narrowed headlights, gently curved rear and earnestly big windscreen of the A1 Hatchback mean that it exudes quality from every inch of its compact frame.

Images shown are for illustration purposes only. This website is designed to provide general product information and is NOT a contractual document or offer of sale. Marshall Motor Group Limited is a credit broker not a lender.

*At the end of the agreement there are three options: i) pay the optional final payment and own the vehicle; ii) return the vehicle: subject to excess mileage and fair wear and tear, charges may apply; or iii) replace: part exchange the vehicle.

With Solutions Personal Contract Plan. 18s+. Subject to availability and status. T&Cs apply. Offer available when ordered by 30/09/2018 from Marshall Audi Exeter. Indemnities may be required. Offers are not available in conjunction with any other offer and may be varied or withdrawn at any time. Accurate at time of publication September 2018. Freepost Audi Financial Services.

Back
Vehicle Valuation
Compare Saved Vehicles
Top
Close
Your Cookie Settings
Select your cookie settings
Strictly Necessary Strictly Necessary cookies are essential to let you move around the website and use its features, such as accessing secure areas, shopping baskets and online billing. These cookies allow our website to provide services at your request.
Functional Functionality cookies are used to remember the choices you make, e.g. your user name, log in details and language preferences. They also remember any customisations you make to the website to give you enhanced, more personal features.
Targeting Targeting cookies collect information about your browsing habits to deliver adverts which are more relevant to you and your interests. They also measure the effectiveness of advertising campaigns.
Save Settings
Cancel Changes

Your settings will take affect when you refresh the page or move to a new page. Find out more about cookies

This site uses cookies and related technologies for site operation, analytics and third party advertising purposes as described in our Privacy and Data Processing Policy. You may choose to consent to our use of these technologies, or further manage your preferences. To opt-out of sharing with third parties information related to these technologies, select "Manage Settings" or submit a Do Not Sell My Personal Information request.